Portable solar power solutions are getting rather handy and practical. For versatile outdoor use, the added portability is indeed an extra advantage. Here I would like to introduce you to a brilliant solar hat by a team of innovators at Unique Creative Ideas. It called is Sol Sol solar hat.

Creatively named as Sol Sol – Solar Solutions, this is simply a solar-powered hat, which is designed with the outdoor enthusiasts, campers, bikers and hikers in the mind.

With highly efficient solar cells built into the brim of the hat and a tiny charge controller inside, it is a quite an awesome idea to harness as much as solar energy possible while you are on the go.

The team behind Sol Sol introduced it on an Indiegogo for a crowdfunding campaign back in 2016. The project could grab enough attention and it came into reality soon. Still, it is one of the awesome portable solar power solutions, though it is practically not much good in producing enough power to support you during a long outdoor life. Follow the link to see its latest price. 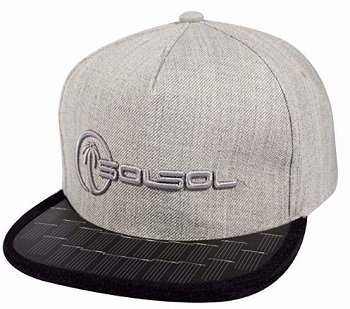 Anyway, Sol Sol was introduced as a revolutionary way to ensure off-grid power on the move. It was touted as an ideal charger for phone and other small gadgets while you were on a camping or hiking trip. Certainly, at that time, it could attract a lot of customers. This is still one of the nice products in the portable solar power industry for unlimited off-grid power.

The Sol Sol team worked behind the dream project with an esteemed goal to let customers reduce their carbon footprint as much as possible. Of course, in this awful time of CO2 emissions, anything this device could offer – though it was very less – could certainly be a great contribution. See what its co-creator, Edward Kim said on its launch.

Sol Sol is not just a brand name, but a statement for everyone who believes in clean energy, in healing our planet (reducing CO2 emissions), and making a difference one Sol Sol at a time.

How Does It Work?

It is simple. Function-wise, Sol Sol solar hat is nothing new, at all, It is like any plug-and-play solar charger out there. The only difference is that it has the solar cells mounted over the hat. So, when there is the sunlight, it would produce the power and recharge the connected devices directly.

All you would need to do is to connect your handset or camera to the USB port on the side of the hat. Your devices would immediately start charging when the sunlight hits the solar hat. The built-in charge controller would ensure your devices get stable power with no unwavering gush. 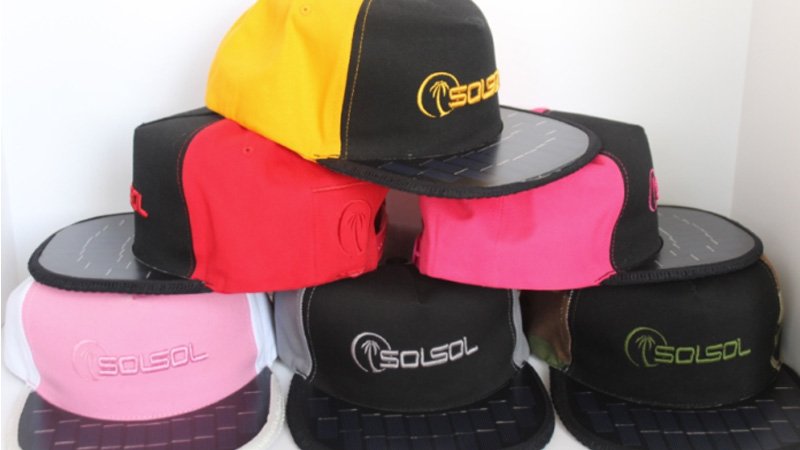 Excited to know the detailed specs of the Sol Sol solar hat? Well, it offers maximum power at STC (Pmax) 1.45W.  Meanwhile, the optimal operating current of the hat is from 125mA to 350mA.

That is certainly quite less compared to a wall outlet or even a laptop charger but is enough to fully charge your handsets or other small gadgets in a few hours under direct sunlight.

The solar hat is compatible with a wide range of handsets, by the way. This would work with all the latest versions of Apple iPhone, iPod, and all MicroUSB-enabled Android phones.  Moreover, you could use it to power up your small digital cameras like GoPro.

The hat is made with 100% cotton and the included solar cells and charge controller are proprietary products of the brand. Overall, what you get is a high-quality hat with a built-in solar charger. You could just wear it while on the move and enjoy access to unlimited off-grid power right anywhere. 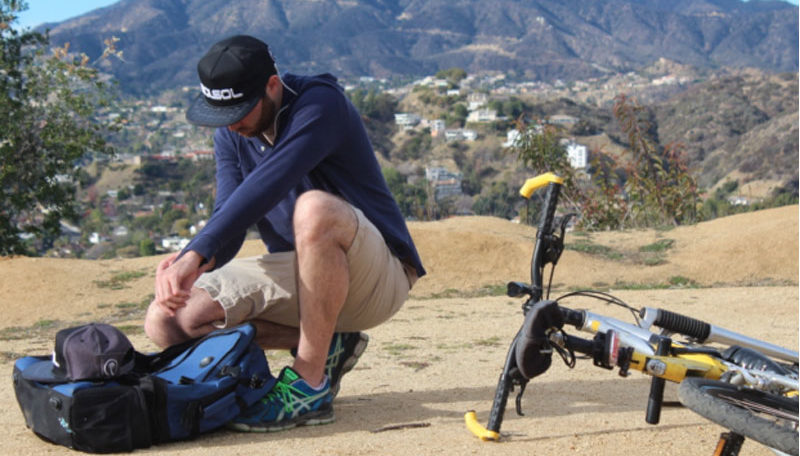 Is It a Practical Solution?

As I said above, the Sol Sol solar hat charger is not anything outstanding in terms of its output. It is, in fact, a miniature portable solar charger with a tiny solar panel on its brim that is more utilitarian. Yes, on the flip side, it has only a very small room for the solar panel.

That is why it takes around four hours to fully charge a phone. Of course, compared to a wall socket or a laptop USB port, it is quite sluggish, for sure. The former would take only an hour and the latter would need only two hours maximum to charge a phone completely.

However, I won’t claim that the solar-powered hat charger is an impractical concept because it is a quite convenient way to carry along a solar charger on your hat.

A hat is often worn to safeguard your face and head from the direct exposure to the sunlight during an outing. The Sol Sol solar hat, therefore, is an all-in-one solution that along with protecting your face is capable of offering you access to unlimited off-grid power, causing no harm to nature.

That has been our take on the Sol Sol solar hat charger. Hope you are excited about this product. It is surely an incredible way to wear on a hat with a built-in solar charger. You could certainly get a bit of power to charge your phone or other handsets in an emergency on a camping or hiking trip.

By the way, the uncontrolled emission of carbon is really ruining our ecosystem day-to-day. Surely, everyone is aware of its threats today. It is high time we should produce more alternative options for energy and get rid of CO2-emitting sources as much as possible.

In this regard, the Sol Sol solar hat team has done a good job, indeed. To make maximum out of nature, without inflicting harm to it, is an ideal thing. Its much-touted solar-powered hat charger could certainly contribute a lot to our efforts to save the world from CO2 threats.