Are you looking to buy a high-capacity solar power generator? Goal Zero Yeti 3000 Lithium solar generator is a brilliant pick, then. Unveiled at CES 2017, Goal Zero has been touting it as one of the largest solar-based power stations on the market for both outdoor and emergency power.

Of course, with an output of 3024 watts hours, it is a huge machine that could power up all your essential electronics easily. We have a detailed look at the high-power Goal Zero power station below.

As you see, Goal Zero Yeti 3000 Lithium solar generator is the last model of the new Yeti Lithium line-up. It includes other variants like Yeti 400 Lithium, Yeti 1000 Lithium, and Yeti 1400 Lithium. Thus, what you get is an amazingly powerful portable power station.

Along with a reliable solar charger, this could support you immensely in an emergency or an outdoor living situation. Sure, that is what makes Yeti 3000 a special product.

There is, in fact, no heavy-duty solar generator on the market as cool as Yeti 3000 Lithium. Unlike the big solar generators from other brands, this Yeti product is well-engineered and full-fledged. You simply get a typical Goal Zero Yeti power station in a high-capacity option.

The USA firm Goal Zero has been into the portable power market for over a decade. Its series of Yeti power stations has been much popular since then. Yeti 3000 Lithium, as you know, is a massively powerful device of the kind. No other brands offer such a powerful solar generator like Yeti 3000 Lithium.

In the earlier generation of Yeti power stations, Yeti 1250 has been the largest one. As you know, Yeti 1250 has a lead-acid battery. This new-gen Yeti flagship, at the same time, has got a powerful lithium battery, which offers a lightweight profile for the machine. Follow the button below to check out its latest price. 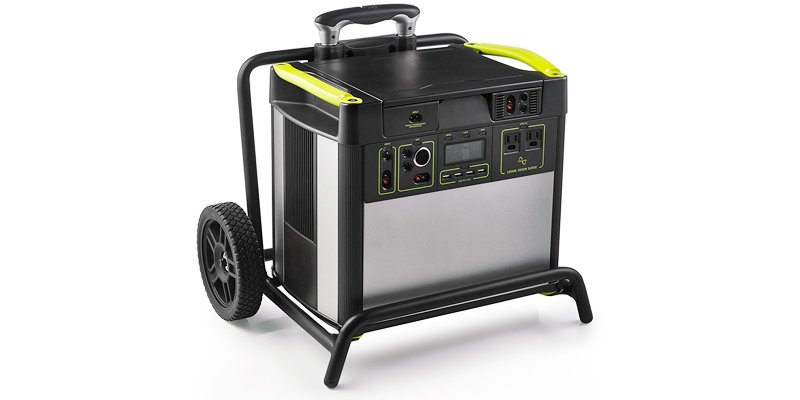 Why should you buy a Goal Zero Yeti 3000 Lithium solar generator? This is simply because the device could back up quite enough power to run most of your AC appliances like fridge, oven, blenders, TVs, medical equipment, power tools, and more like laptops, lights, drones, and more. Find it on REI also.

Meanwhile, thanks to its portability features, you could take it anywhere in your camper, trailer, or RV to power up your life outdoors. At the same time, you could also use the Yeti as an ideal solution for backup power in your household or worksite as a way to tackle an emergency situation.

Well, coming to the specs, Goal Zero Yeti 3000 Lithium solar generator is a 3075Wh machine. It equips a powerful lithium battery of 280Ah @10.95V and 840Ah @3.6V, letting you store quite enough energy to support you in a variety of off-grid and emergency situations.

Along with being a large power station, Yeti 3000 features a number of charging ports. First of all, it has got a pair of 120V AC sockets to support your AC appliances. Other output outlets include four USB ports with two 60W USB PD outlets and one each of USB-A and USB-C. Meanwhile, the integrated DC outlets are a 6mm port, a 12V carport, and a 12V Power Pole port.

What’s more, Yeti 3000 comes with rugged wheels and a telescopic handle that you could quickly detach. Simply put, you could move the massive powerhouse easily anywhere on the go. Absolutely, this is what makes Yeti 3000 Lithium a great power solution for your RVs, campers, trailers, and boats.

Like the whole Yeti Lithium line, Goal Zero Yeti 3000 Lithium solar generator has got a two-way charging option; solar and wall socket. Having a huge battery inside, it would take around 25 hours for a complete recharge via a wall socket. Of course, going solar, it would take rather longer.

But, as a solar generator for off-grid and emergency power needs, solar is a great way to recharge it.

Thus, if you have sunlight, you could juice up the massive power station anywhere in the wild. The most suitable solar charger for Yeti 3000 lithium is the top-end model of the Goal Zero’s Boulder series, Boulder 200 Briefcase. Use the button below to check out the current price of the solar charger. 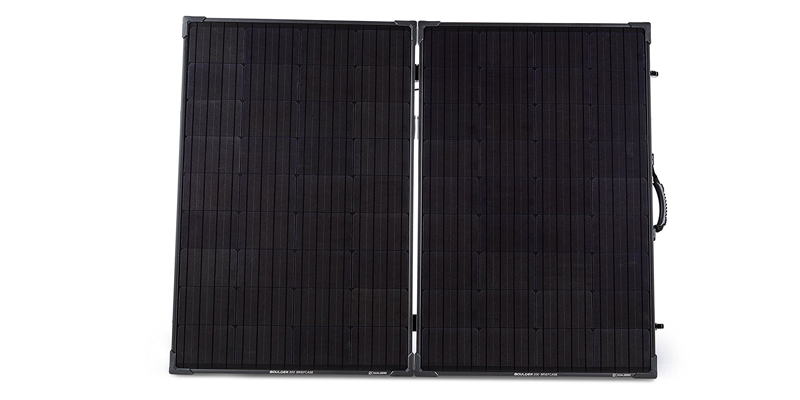 Boulder 200 Briefcase is actually a foldable solar charger with a pair of 100W highly efficient solar panels perfectly hinged together. So, as its name suggests, you could easily fold down the solar suitcase after the use and carry anywhere quite easily in your RV, camper, trailer, boat, or etc..

As you see, Goal Zero also offers some low-end variants in its Boulder series. They include the basic 50W Boulder 50 and its 100W variant Boulder 100. Plus, there is a Boulder 100 Briefcase. As per your budget, you could try out any of the Boulder solar panels, but it is better to get the most powerful one.

You could also chain together multiple Boulder panels to increase solar charging speeds. By the way, go for a foldable suitcase-style Boulder charger for an added advantage of increased portability.

There are several reasons why you should buy the Goal Zero Yeti 3000 Lithium solar generator. Being such a large machine, it is, in fact, not a proper choice for people like campers, hikers, and backpackers. But you could use it as an ideal power back-up solution in your camping tent, RV, campervan, and more. We would like to check out some notable reasons why you should buy Goal Zero Yeti 3000 Lithium.

Evidently, it is the first reason why Goal Zero Yeti 3000 Lithium solar generator is an awesome device. As we have checked out above, this is a massive power station with a powerful battery and inverter. So, you could use it to ideally run all your essential household AC appliances. Let it be an oven, fridge, a power tool, or a piece of medical equipment, you could comfortably run on it on a Yeti 3000 power station.

Of course, Yeti 3000 Lithium is a highly sophisticated portable solar power station like all the models in the Yeti line-up. Commonly, we have all other heavy-duty solar generators in a run-of-the-mill design. It is here you get a state-of-the-art power station with a lot of exciting features. They include Wi-Fi connectivity, a long-lasting lithium battery, portable design, strong wheels, and a collapsible handle, and more.

You get Yeti 3000 Lithium with an ultra-safe lithium battery inside. It comes inside a water-tight enclosure to add to the safety factor. Moreover, the battery is a user-replaceable one so you could change it when the existing unit wears out. By the way, the included state-of-the-art battery management system could protect the connected devices and electronics from all types of common voltage variation issues. 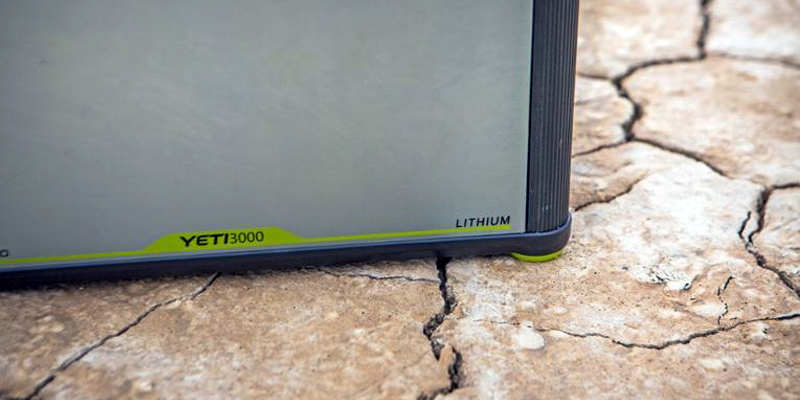 Why Shouldn’t You Buy

First of all, Goal Zero Yeti 3000 Lithium solar generator is not a product for individual campers and outdoor enthusiasts. You could only carry it in a vehicle like RV, campervan, truck, or boat.

That has been our take on Goal Zero Yeti 3000 Lithium solar generator. The most attractive thing about the device is obviously its massive and lightweight lithium battery. That would surely make it a highly portable and lightweight solar power station in spite of its huge output and capacity. So, you could ideally use it in your RV, camper, and other vehicles, homes, flats, camping tents, remote homes, and more.