The lovely thing about the SolarCru solar charger is indeed its chainable design. Yes, you can chain together three units of the ultra-slim solar chargers to ensure a total output of 15W. After use, you can fold down each model to a very small unit, thus enjoying ultra-portability. The highly compact and rugged design further makes it one of the best folding solar chargers for campers, and hikers.

You have it with a USB port to connect your phones and any USB devices. And the built-in smart chip makes sure that your handsets automatically get charged at the right amount of energy to safeguard them from any kind of voltage variations and vulnerabilities.

The USB port and other components appear at the end of the last solar panel compartment. It also features a protective case that you can blind upon the folded solar panels and close down strongly with the included magnetic clasp.

Thus, you can prevent the panels from wear and tear making it a really brilliant solution for all your outdoor needs. The included corner grommets, by the way, help you hang the solar charger on your backpack or bike easily. We have more details about the project’s Kickstarter campaign below. 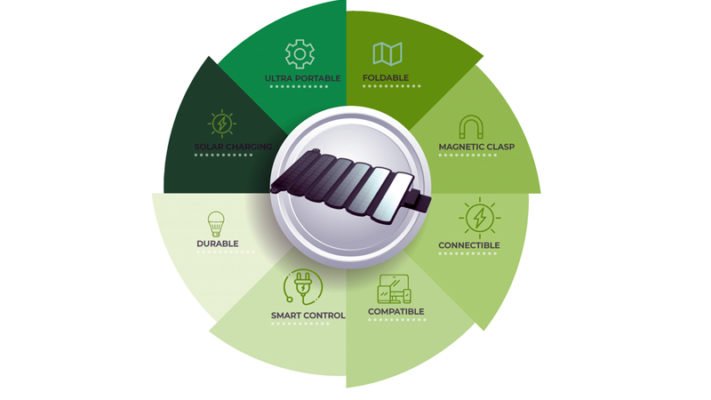 Of course, being such a compact and lightweight solar charger with a built-in battery, it will surely be doing fine on the market, especially among the hikers and backpackers. 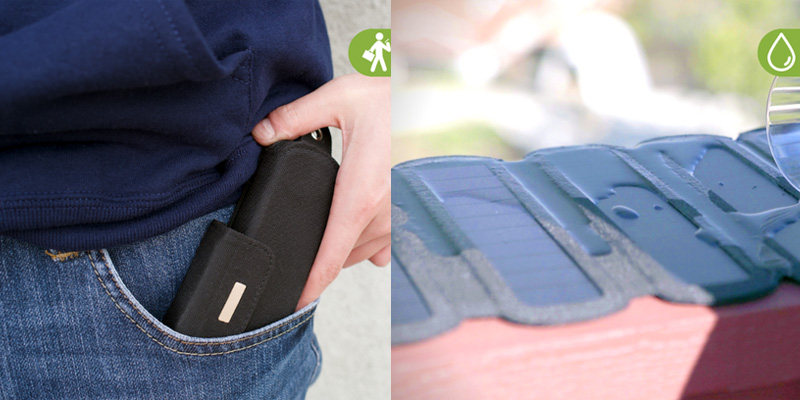 If you are a backpacker you will surely be excited about the SolarCru solar charger. It looks such an awesome idea to have an extremely foldable solar charger with a compact and light design. Well, you no longer need to trade-off your requirements on the size and capacity when it comes to buying a solar charger. You can buy three units of this little solar charger to chain together to produce an output of 15 watts. That is definitely the great thing about this brilliant folding solar charger.